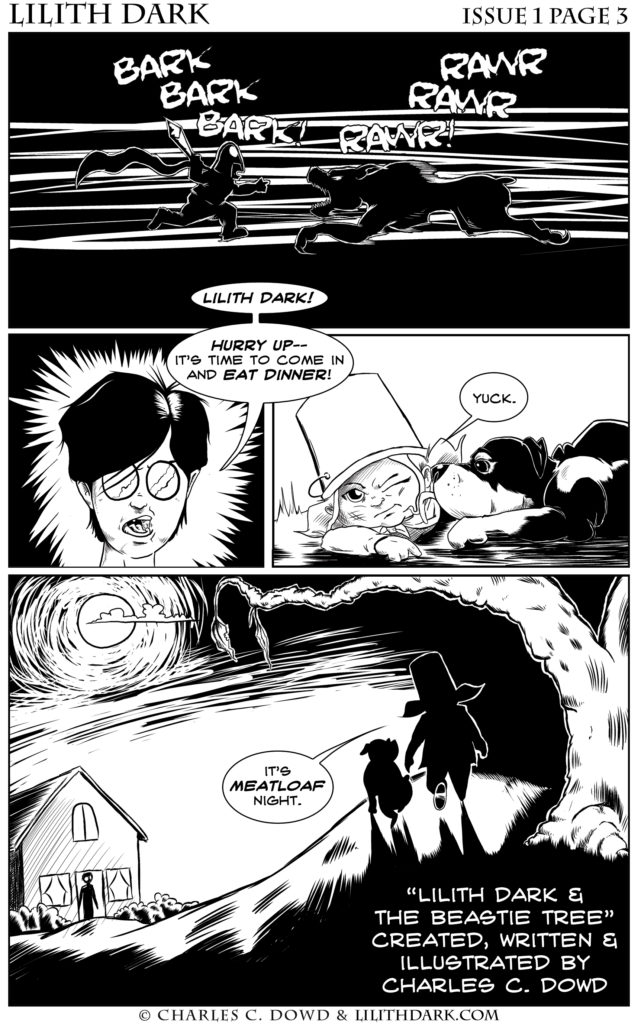 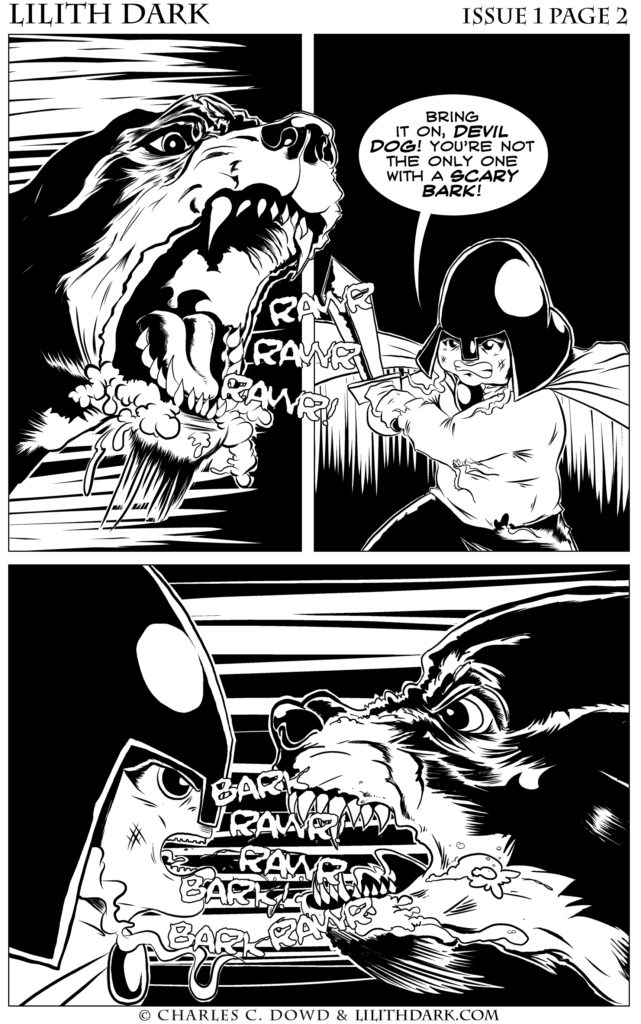 Lilith Dark is full of scares and big freaky monsters, and I wanted to set the tone right from the get go. One of the things I loved growing up was watching scary old horror movies on the local UHF channel on Saturday afternoons. It’s fun to be scared! I wanted Lilith to be the sort of kid who faces her fears. She not only faces them, she looks them right in the face and barks. 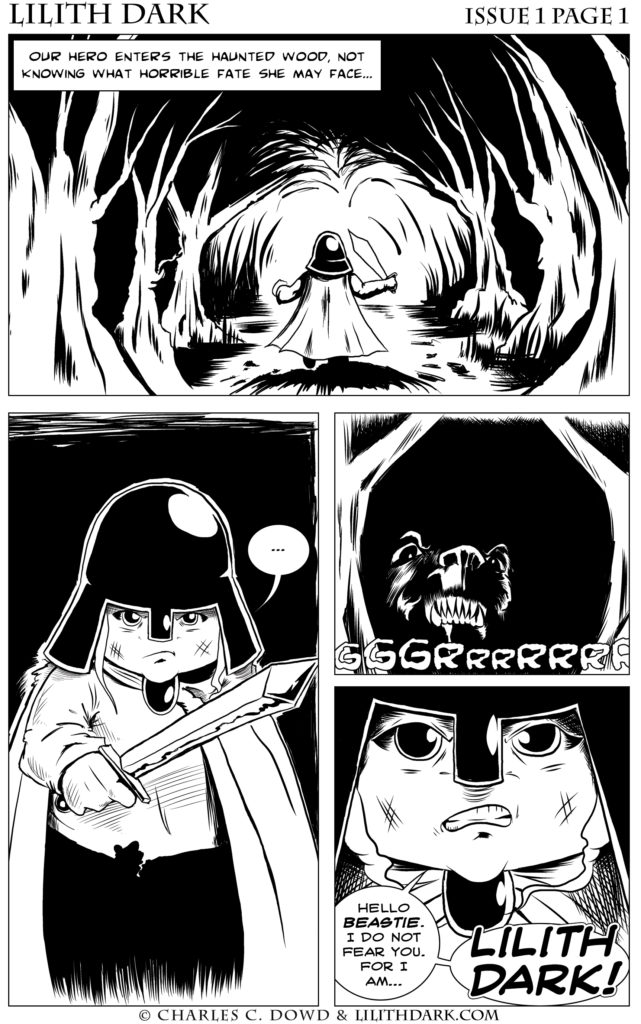 The very first page of Lilith Dark I ever finished. I always intended to place lots of homages to my favorite films, cartoons, and books into LD, and I got off to a great start by referencing one of my all time favorite films, The Neverending story. That song still gets stuck in my head from time to time. 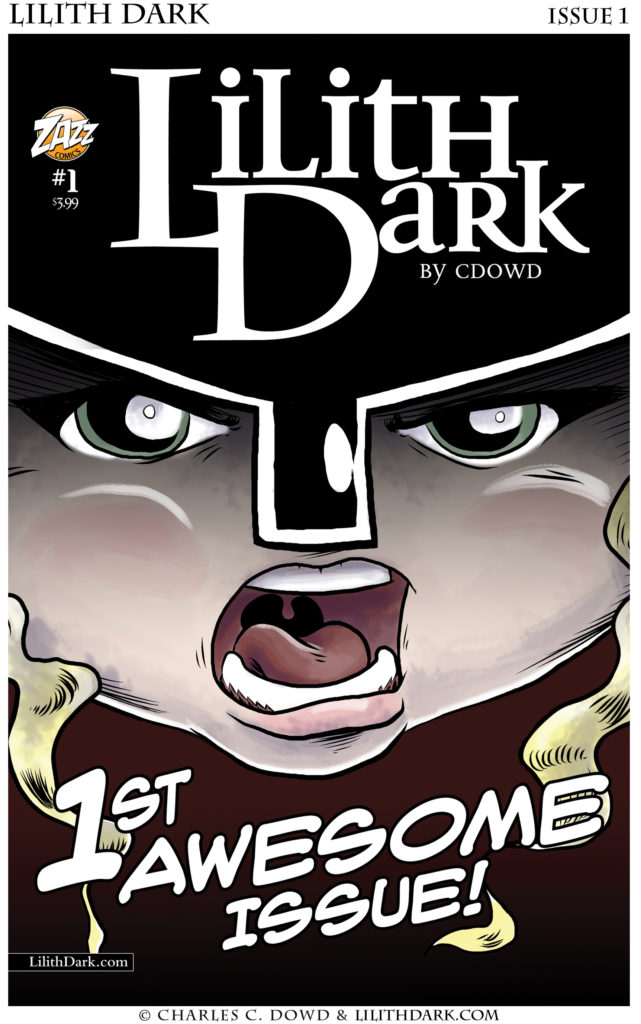 I’m very happy to be bringing Lilith Dark back to the web for you to enjoy for FREE! LD goes back to it’s regular Wednesday update schedule starting…NOW…and we’re starting from the beginning just to make sure you don’t miss anything. Please share the news with your friends, and follow Lilith Dark on all of the social networks so you can keep up to date on all of the exciting stuff going on behind the scenes.

As always, thank you for the support. I look forward to sharing what took the better part of five years to complete with all of you. Enjoy!
~Charlie