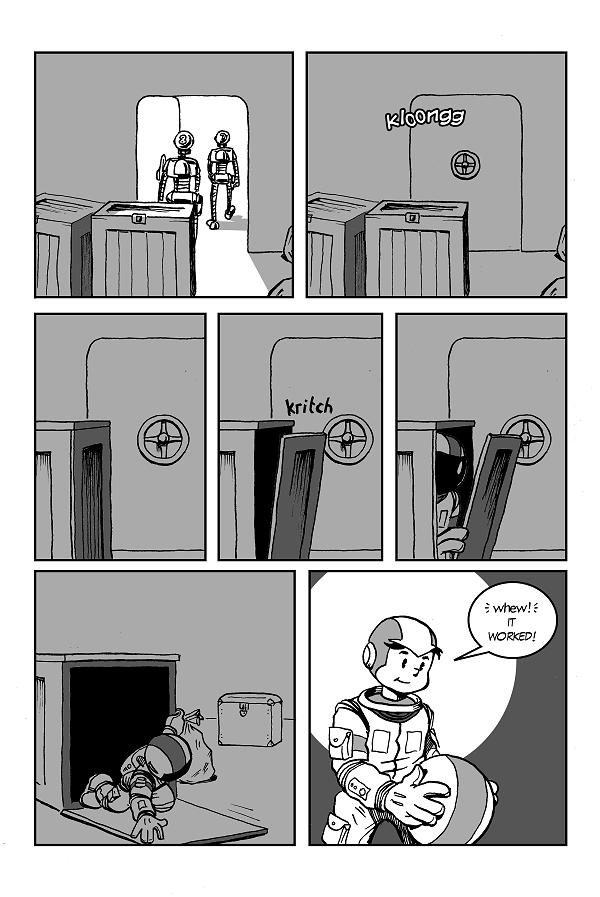 I wonder if I have any [probably quite young] readers who were actually surprised here?  😀

A friend asked me if the arrow on the head of Space Kid‘s outfit here was a homage to Aang — and, after I gaped silently for a moment, I was forced to tell him “no!”
Here’s the deal: I like the look of a widow’s peak line in the facehole of caps and helmets, etc.  (For some reason the only example that springs to mind now is Mega Man but I know there are others).  So I wanted to give SK that point between the eyebrows… and then I remembered the uniforms in Star Blazers that had down-pointing arrows on the chests, and I realized a down arrow on SK’s head could give me that look.  So this arrow is a Matsumoto tribute if anything.  But that whole time, I never consciously thought of Aang!! Despite the fact that I have always been a major Avatar fan, and I’ve always known that Aang has a head arrow just like this!  Where was my brain?!