SPIN agents on the scene! 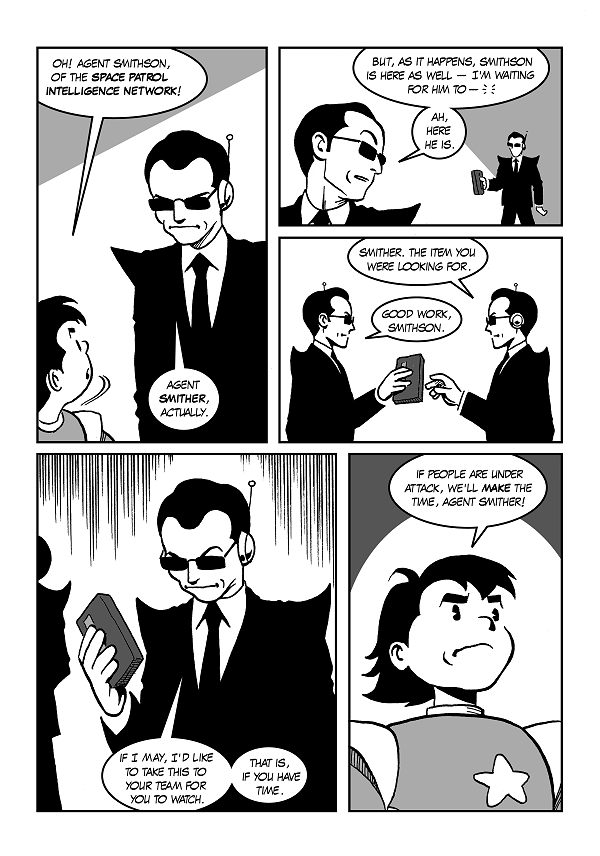 SPIN agents on the scene!

SPIN (the Space Patrol Intelligence Network) is an investigative subdivision of the Space Patrol, one which also reports directly to Director Anderson.  FYI, Mr. Anderson is the only person [other than the agents themselves, of course] able to instantly and unerringly distinguish the various SPIN agents, and identify them all by name.  No one has yet been able to determine why.  😛