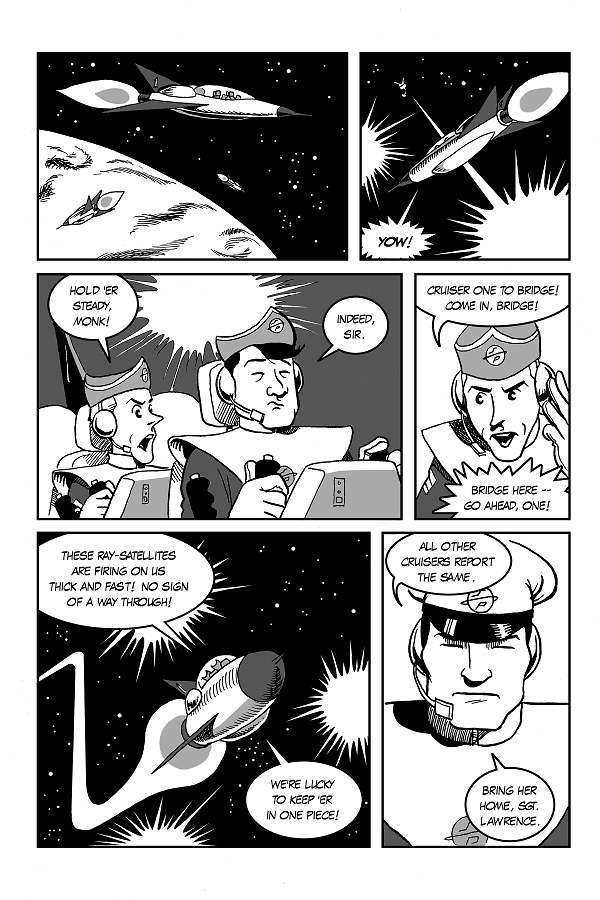 Sometimes when I design a character, I base them on someone I know.  Could be a friend, could be a celebrity, whatever.  (For example, Dishman was based on Jack Lemmon.)  Thing is, people don’t always know it, because I am so bad at drawing a likeness.  (No one ever mentioned to me that they had ever spotted any Dishman/Lemmon connection!) As a result, I sometimes also introduce small distortions into their appearance, in order to give me a handle on how to draw the character consistently.

So: if you see a character who reminds you of someone — yeah, you could be right! And if you’re also thinking, “Gee, that doesn’t really look like a good likeness of them, though” — yeah, I know! 😛

(Also, if the Patrolmen’s uniforms made you think of International Rescue, then I did a better-than-usual job of evoking my source for you there.)