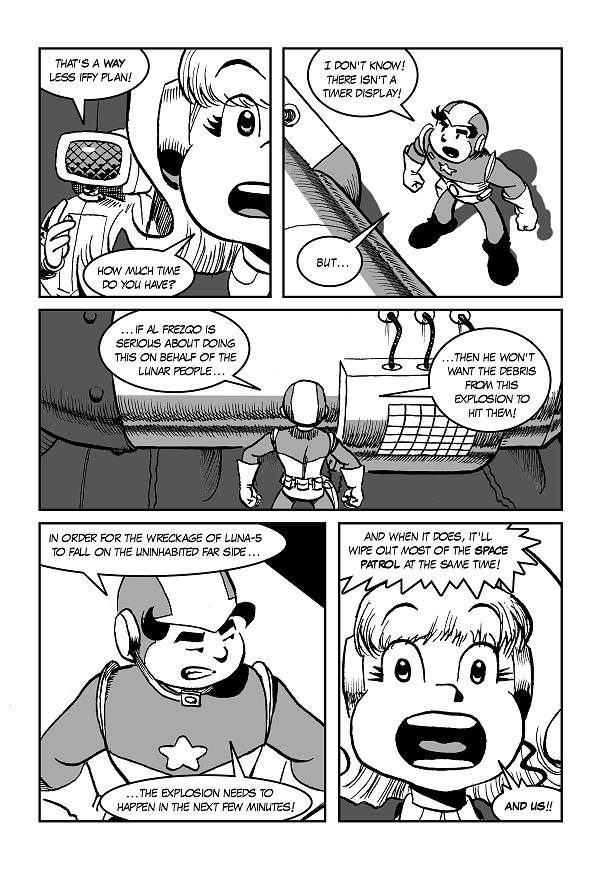 When I first wrote the script for this episode, the first line on this page was “much less iffy”.  But when it came time to actually render the page, I then debated changing “much” to “way”.  And waffled back and forth for a while, then finally decided on “way” in order to reflect Pizmo‘s greater degree of informality.  But I also realized that everyone else on the team would probably say “much” instead of “way”  —  just fits them better.

My point is simply this:  it may not look like it, but I do think about this work a lot.