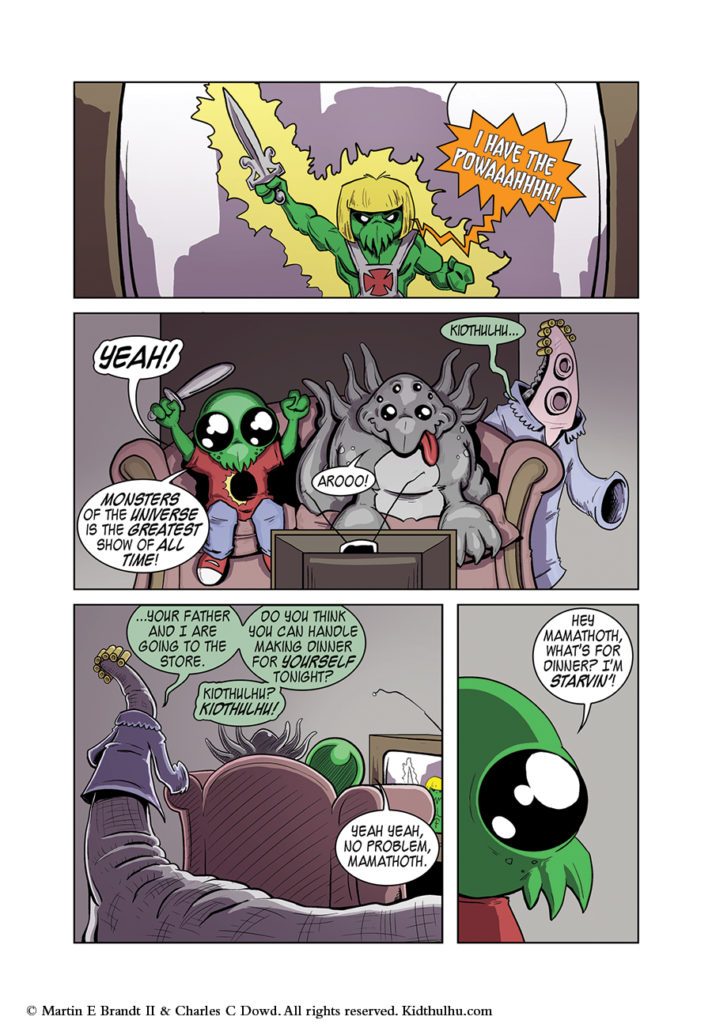 Who wouldn’t want to watch that show? Monsters of the Universe would be an 80’s hit.  When I started writing out Kidthulhu’s fictional world I had to make choices on what kind of time period I’d want it to take place in, did it have to remain closely paralleled to Lovecraft’s mythos in order to parody it? The answer was no, sure Kid is inspired by it but he shouldn’t be shackled to it. In fact, it should reflect some opposites of that fiction. The loss of hope, the xenophobia, the vile workings of the inner darkness, that had no place in Kid’s lore honestly. We needed something fun, a chance to tell stories that make people chuckle.

I’m sure the die-hards hate that about Kidthulhu, as a matter of fact, I’ve seen that vitriol towards it out there over the years. “HP would be turning over in his grave.” To them I say good, let that racist lay in a state of unrest, let his fear consume his undying mind. While that’s going on we can enjoy a cookie and a glass of milk.