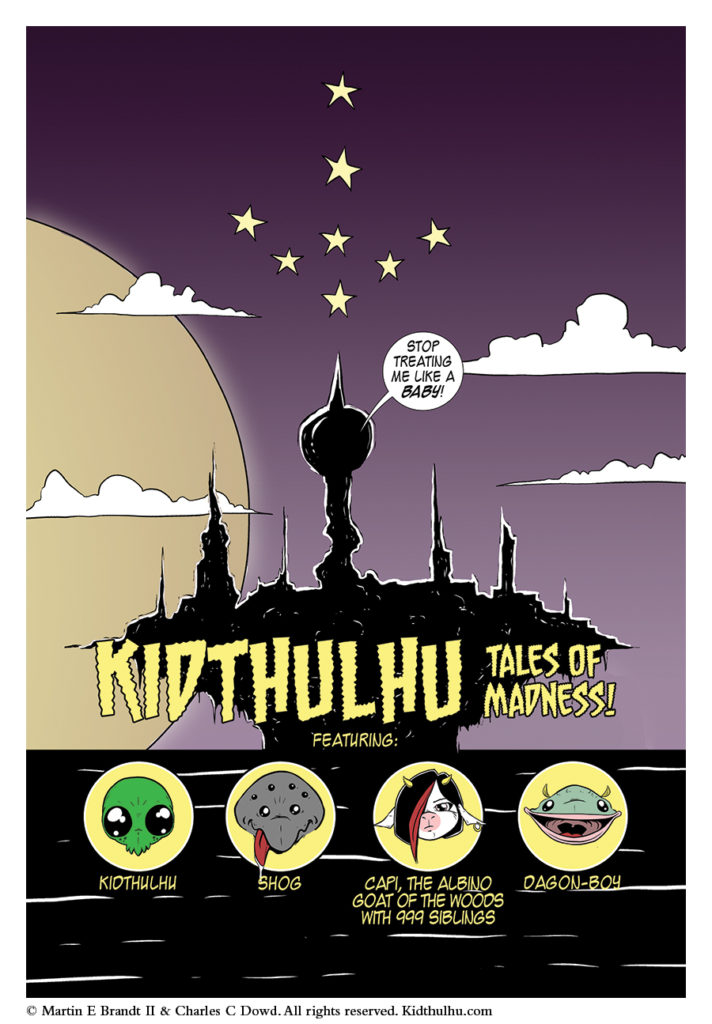 /
by Martin Brandt II
/
in
/
No Comments

Who are the creators?
Where pencil meets paper, when humor goes straight for the gutter, where there’s a dad joke waiting, you’ll find them. Martin and Charlie teamed up to drive each other insane and create something awesome. Each has spent years continuing to hone their skills bringing their own unique visions to what they create. Now with their powers combined, they plan to take on the world with their creation, Kidthulhu!
Who is writing these updates?
I’m Martin Brandt, co-creator of Kidthulhu. I’ve been writing about this little dread dreamer since 2010. Other works of mine include Grim Furry Tales, a re-imagining of Grimm Fairy Tales as told my stuffed animals and their protector, a little girl named Laurel. Also Grim Crew Presents: Dead Future, Extraordinary, Stitchwork, Winter’s Eye, and several short stories. While I’ve always written comics as a hobby I didn’t start publishing my work until 2009. Comics have always had a place in my heart as they really speak to me.