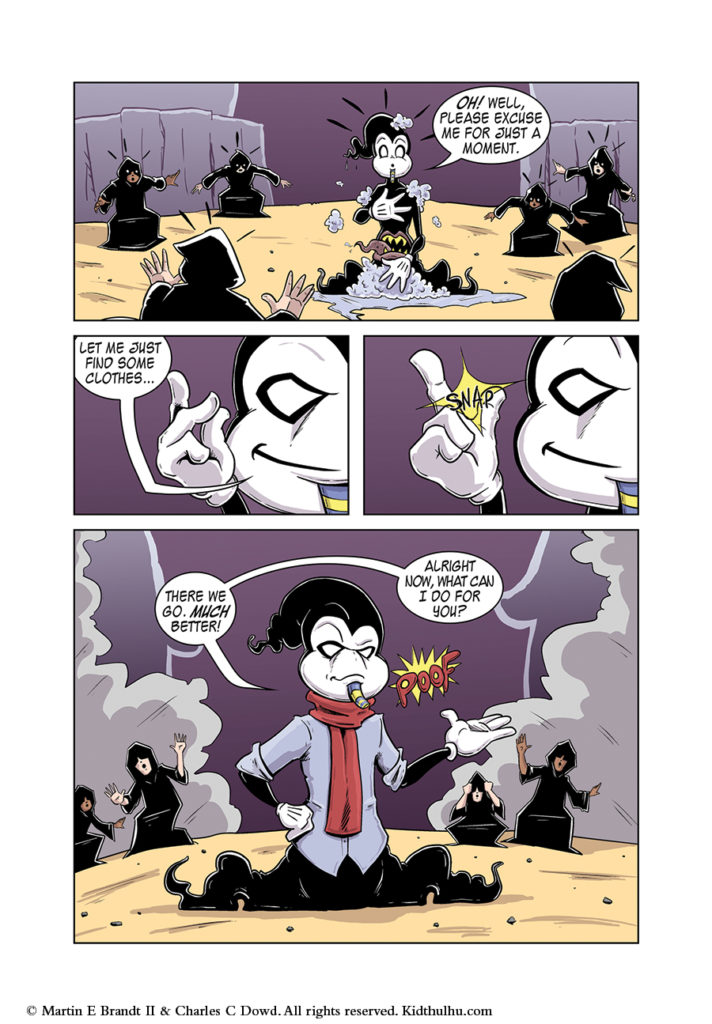 /
by Martin Brandt II
/
in
/
No Comments

Nyarlathotep, the man-nanny of Kidthulhu is here. So our version of Nyar is a bit different than your average concept, then again so are most of our characters. I blame that on Charlie, but I’ll also take credit. Hell, I’ll take all the credit, who is this Charlie guy anyways?

The original concept for Nyar was more of the dapper chap, in tweet jacket with flat cap and scarf. His was face heavily shadowed so you only saw eyes and the gleaming pearling smile. Also, he carried a cane because, as I think I said, he was a dapper chap.  Unfortunately, Charlie doesn’t understand the words dapper or chap. I’m pretty sure he thought they were derogatory and told me he’d stab me with a stylus if I ever called him that. So we changed the direction of the design a bit, but hey, he got to keep that swank scarf.

I may have embellished this story a bit or maybe not.