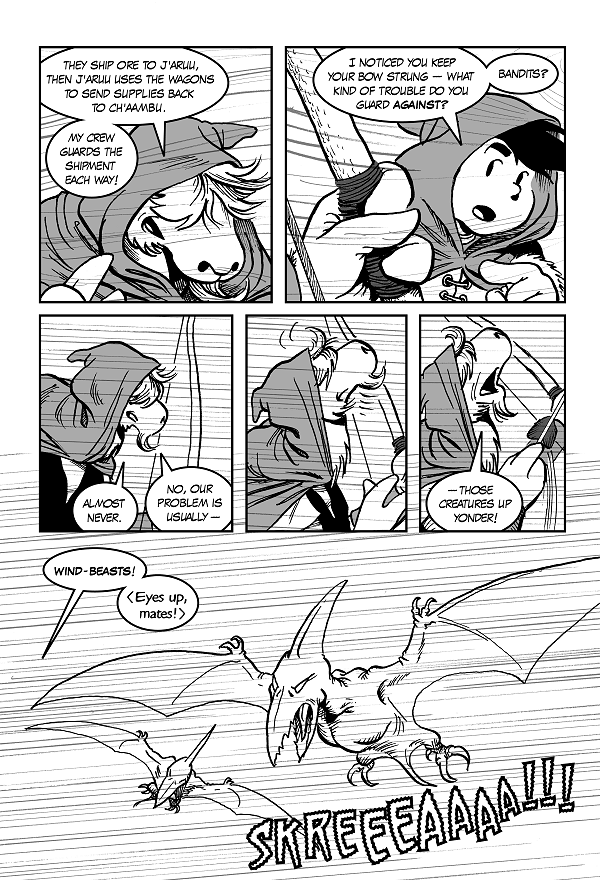 The original Jonny Quest was the coolest and scariest thing on TV that Seven-Year-Old Me was allowed to watch.  At that time, I had never heard the term “science fiction”, and couldn’t have told you what that meant…  but it was something that, when I saw it, I liked better than I liked most other things.  I would eventually learn that, the more science-fictiony Jonny Quest got, the cooler it was.  Jonny Quest is a part of what helped me realize that there was a science fiction fan inside of me waiting to get out.  Which eventually led to a lifetime of reading science fiction — and also eventually led to Space Kid!

For Seven-Year-Old Me, the three coolest, best, and scariest episodes of Jonny Quest were The Robot Daddy-Longlegs, The Electricity Monster, and Turu the Pteranodon [not the actual episode titles! 😉 ].  Such a thrill anytime one of those would turn up in re-runs!  The wind-beasts of Mars are my tribue to Turu, and to JQ.  🙂

I urge you to check out this clip, which features the JQ opening and closing credits.  If you stay for the whole thing, you will hear one of the Best and Coolest Theme Songs Ever Written® — but you will also see three clips of Turu and hear its fearsome cry.  Cuz I want you to know: that is what these wind-beasts actually sound like!  😉