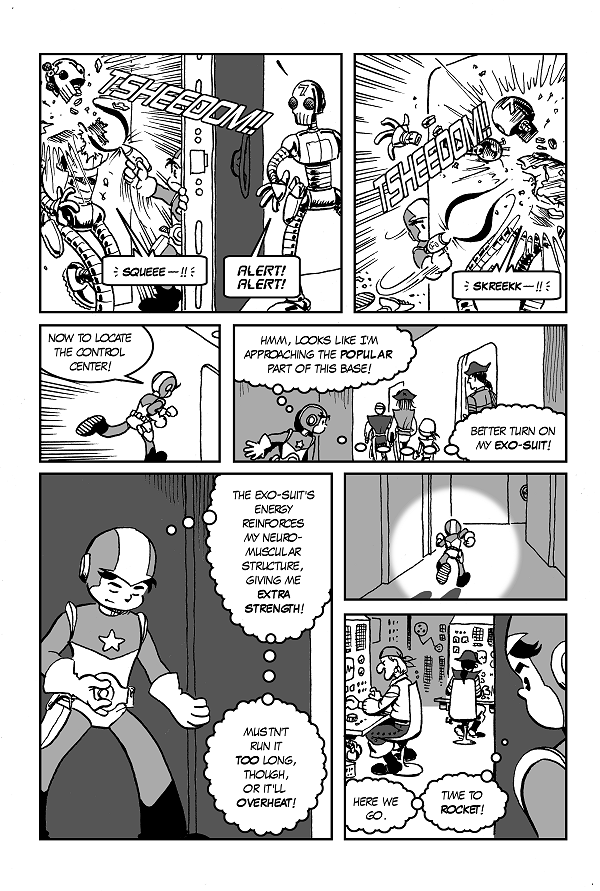 Finally Space Kid unveils two of the weapons in his arsenal: his raygun and his exo-suit.  (In case you were wondering how a little kid would be strong enough to fight grown men — I mean, Astro Boy was a robot so no problem there, and Marine Boy … well, waitaminit, how did Marine Boy fight grown men?! I guess maybe he was a fair bit older than SK…??…)  Anyway, now you know why his uniform looks different than it did in the earlier pages, right?

I had someone ask me why Robo-Swab 8 is saying “Squee!” when he gets blasted in the first panel.  Well, what can I tell ya…  when Magnus, Robot Fighter totalled a robot, it almost invariably said “Squee!”, so now that’s like traditional.  Ya gotta understand that the term back in the 60s didn’t mean what it means now, ‘K?