Carrier One is under attack! 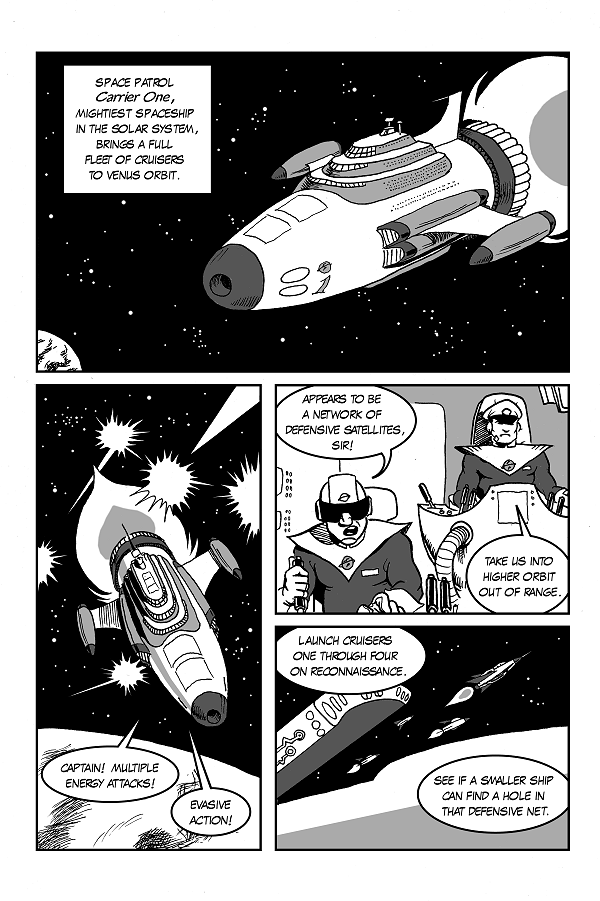 Carrier One is under attack!

In the early 60s, Tezuka did a manga series called Number 7.  For years, until I found that link I just gave you, all I knew about it was one illustration in a Japanese book I own.  (The volume in question is a Tezuka 40th-anniversary retrospective — can’t read it, but what a treat for the eyes!)  That illustration featured a large space battleship, plus a wheel-like space station surrounded by explosions.

I mention all this to point out that the ship in that picture was the major influence on my design here for Carrier One — so, thank you, sensei! I probably should also mention that Tezuka himself would’ve been influenced in his design by many decades of space battleships that preceded him as well.  I guess we’re both growing from the same roots?

That generation of Japanese kids that grew up on his stuff was such a lucky one, being able to experience his work when it was all new and fresh and exciting.  Musta been great fun!